For my art argument, I chose to explore the question of whether or not theatre is losing its place in the modern world. 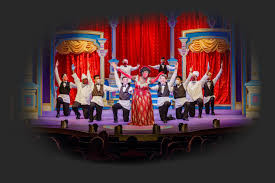 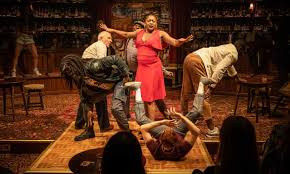 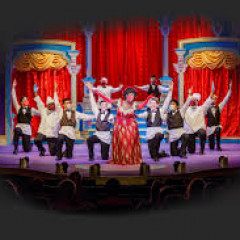 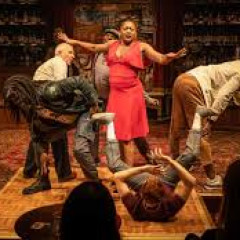 Is theatre still important in the new modern world?

British theatre can trace its origins back to the religious performances put on by church ministers during the 10th Century. In the mid-1300s when the churches used so-called ‘mystery cycles’ and ‘miracle plays’ to bring the obscure Latin Bible teachings and stories from the lives of the saints to the masses. This early form of theatre was often transported from town to town on pageant wagons with sites set up on streets specifically for these performances. Before the end of the medieval period, a great many towns had permanent spaces set aside for public performances. However, there have been many changes over time due to the rise and expansion of media and technology along with the recent effects of covid theatre has slowly been losing its place in the modern world. This has caused a rise in the question “is theatre still important in the new modern world?”. There is a wide range of opinions on this topic in the art world as film dominates the arts industry which causes many people to question the need for theatre as they can now access everything, they want to watch online for a small fee instead of paying for a theatre ticket.

My opinion on this question is that, no, theatre is not losing its place in the modern world it is simply becoming less well known due to this new age of technology and media. Theatre still has a loyal fanbase, however, these people are mainly over the age of 30 which shows how little young people and adults know about theatre due to its lack of representation in media. I strongly believe the blame for young people not knowing about the joys of the acting falls on schools that do little to promote theatre and acting. Of course, when in primary school all children perform short plays for families and friends however as you get further along in secondary school unless a child is directly involved in drama, they hear less and less about theatre and acting to the point that it is mocked and kids who are involved are called “theatre kids” in a derogatory way.

There is a large amount of evidence to prove that my viewpoint is correct such as in the article OUTSIDE THEATRE: WHY IT MUSTN’T STOP AFTER THE PANDEMIC written by Steve Waters, which clearly highlights reasons why the art of theatre shouldn’t be stopped after the pandemic and how vital it is within society.

However, there is also proof that theatre has been in decline, this is mainly due to the effects of the pandemic and quarantine. Research has shown that although theatres are doing their best to revive it will be a long and tedious journey for theatres and for theatre fans.

Review comments: I could have mentioned how social media has helped boost the popularity of theatre as more people can find out about it through apps such as instagram. 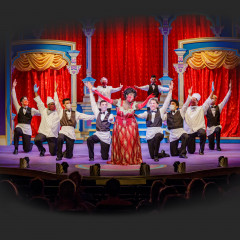 Is Theatre losing its importance in the modern world?

For my art argument, I chose to explore the question of whether or not theatre is losing its place in the modern world.