An inquiry investigates the systemic failings that supposedly failed to protect mental health patients in the NHS for 21 years.

In 2018 an investigation was launched into 25 deaths in the NHS North Essex division and found “clear and basic” failings on part of the institution but did not yield any prosecutions. Just two years later they faced a fine of £1.5 million, following a further investigation into the deaths of 11 patients, which soon unearthed a minefield of safety failings.

Now the deaths of 1,500 patients who were under the care of NHS-funded psychiatric services across Essex from 2000 to 2020 are being investigated. All deaths under investigation either occurred when under treatment as inpatients or within three months of being discharged.

The independent investigation was commissioned by former patient safety minister, Nadine Dorries, after immense public pressure, a petition signed by 100,000 people calling for an investigation of the service, and an increasing number of neglect cases being brought against the institution.

Dr. Geraldine Strathdee, former NHS mental health director, has been appointed as chair of the independent inquiry and will be leading the investigation. Since evidence collection started in December, the inquiry has accumulated testimonies from 14 families of those who have died. Dr. Strathdee recently stated that “at this stage, we only know the causes of death in 40% of those people” and appeals for more families to come forward.

The focal concerns of this evaluation have been the mental, physical, and sexual safety of the patients during their time on the wards, and the standard of care they received.

Speaking on some of her early findings she states that her team had discovered some “unacceptable examples of dispassionate behaviours that families believe contributed to the death of their loved ones.”

Selen Cavcav, senior caseworker of the charity Inquest, stated that they were “not shocked by the findings because we have long known how unsafe these services are, and the huge number of people who have been impacted by that.”

A few families have decided not to cooperate with the inquiry as they believe the cases are not being handled with the gravity they deserve. Many have protested for a full public inquiry from the government with the support of Ms. Cavcav.

“We continue to believe that only an inquiry with more teeth, namely a statutory public inquiry, will restore trust and ensure the broad-ranging scrutiny needed to tackle the unacceptable death toll of people under the care of Essex mental health services.” 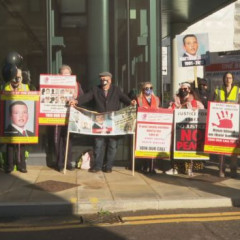 An inquiry investigates the systemic failings that supposedly failed to protect mental health patients in the NHS for 21 years.