Edward Yang’s magnum opus is a beautiful, touching portrait of a middle class family in Taipei.

Yi Yi starts with a wedding, ends with a funeral, and manages to depict just about the entire range of human emotion in between. It’s now been 22 years since its release, and it is often regarded as one of the greatest films of this century so far.

It focuses on a middle class family in Taipei, switching its focus between several characters of varying ages. One of them is Yang-Yang, the youngest of the family, a boy who knows little of the world. Another is Ting-Ting, a teenage girl, and another is NJ, the patriarch. They may be in very different places in their lives, but they all have their own problems and worries — even Yang-Yang, who is tormented by a group of girls and doesn’t understand why. When Yang-Yang and Ting-Ting’s grandmother suffers a stroke, she is left comatose, and the family is encouraged to speak to her daily, as she will still be able to hear. They all do this except Yang-Yang (for reasons that will later become clear).

It isn’t nearly as sad as it sounds though. We get plenty of heartfelt and touching moments too, such as when NJ ends up doing karaoke with a potential business partner, or when Yang-Yang begins taking pictures of the back of people’s heads so they can see what they otherwise wouldn’t be able to. This three-hour film shows us every intimate detail of these people’s lives, good and bad, and the relaxed pace only adds to that. By the end, it simultaneously feels like it has been far longer than three hours (because how can so much happen in such a short time?) and yet much shorter than three hours (because it is brilliant and leaves you wanting more).

Despite being very different ages, each character has their own problems, and none of them are ever diminished or framed as less important, especially not because of anyone’s age. This is reflected in the film's final scene, when Yang-Yang reads a note he has written to his grandmother after she has passed away. He explains why he didn’t speak to her when she was in a coma, and his reasoning is the type of child logic that manages to simultaneously make no sense and be the most logical thing you’ve ever heard. (It’s also incredibly touching.) The rest of his little monologue really reinforces the themes about ageing, and the problems different generations face – problems that are technically different, but in essence the same – are touched upon in the most devastating yet beautiful manner. Considering it is nothing but a child reading from a notepad, it’s beyond impressive that the final scene can be so wonderful and so moving. What an admirable performance from Jonathan Chang too, who was just eight years old at the time.

Yi Yi has come to be regarded as one of the best films of this century since its release in 2000. Edward Yang won the Best Director Award at Cannes Film Festival upon its release, and since then, it has featured on numerous "best of the century" lists, including an 8th place finish on "The 21st Century’s 100 greatest films" which was published by the BBC. If you have seen it, you will no doubt understand why, and chances are you would probably rank it among your favourites too.

Yi Yi is one of the most wondrous and poignant films you’ll ever watch. It’s a love letter to the human experience, and it’s a love letter to cinema itself. It is long but feels much too short. It is beautiful, sad, and bittersweet, and it moves slowly, but when it ends and you look back, you realise that actually… an awful lot happened. Much like life itself. 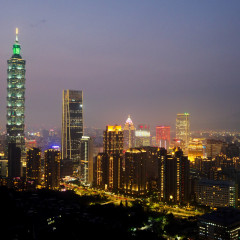 Edward Yang’s magnum opus is a beautiful, touching portrait of a middle class family in Taipei.