It’s been almost 50 years to the day since Werner Herzog released what is often considered his masterpiece. How does it hold up?

In 1972, German director Werner Herzog released Aguirre, the Wrath of God, an epic historical drama film about the real-life Spanish conquistador Lope de Aguirre. While the character is based on a real person, the plot of the film is entirely fictional and portrays Aguirre leading a group of conquistadores down the Amazon river in search of the lost city of gold, El Dorado.

Aguirre, the Wrath of God was the first collaboration between Werner Herzog and Klaus Kinski, a duo that have since become infamous not just for the films they created but for the chaotic toxicity of their relationship. Kinski was a controversial figure throughout his life and was prone to outbursts directed at his fellow actors and cast members, and his troubled relationship with Herzog spawned the documentary My Best Fiend (1999). Herzog and Kinski’s relationship was strained – to say the least – and Herzog allegedly plotted to kill Kinski on more than one occasion. One incident involved Kinski’s dog attacking Herzog after the German director crept up to Kinski’s house with the intention of burning it down. On the set of Aguirre, the Wrath of God, Herzog pulled a gun on Kinski after the actor threatened to walk off the set. It’s funny then, that they were such a good partnership, especially for Aguirre. Kinski was utterly perfect as the titular conquistador, and watching the film now, you get the impression that his unhinged nature in real life added to his performance, as the film is largely about an already unhinged Aguirre’s descent into insanity.

If the flawless performances isn’t enough to make this film one of the most memorable experiences cinema can provide, the sublime cinematography and sound design is. A subtle yet soul-stirring choral soundtrack complemented by pan flutes that exude an aura of exoticism; dense fog floating atop thick, half-flooded jungles; a wooden raft floating down an unrelenting river while cannibals lurk on both sides; and a group of people driven first by promises of fame and fortune, then by survival.

The contrast between how gorgeous the cinematography and sound design are versus how ugly the characters and story are only helps Aguirre, Wrath of God to burrow itself deep into your psyche. Especially after the mesmerising climax in which the camera circles a psychotic Aguirre who declares his intention of founding the “purest dynasty the world has ever seen” to the corpses of his fellow men and the countless monkeys swarming the slowly drifting raft.

The reputation of this film has only grown larger since its release 50 years ago. Its reception in Germany was generally quite poor upon release, although it became a big cult favourite in several other countries around the world. In the last few decades, recognition for the film has only grown, and it now features 91st in the Sight and Sound critics’ poll for the greatest films of all time, and Roger Ebert named it as one of his 10 favourite films. Time magazine also put it in their “All Time 100 Best Films” list, while Empire magazine put it 19th on their “100 Best Films of World Cinema” list in 2010.

The impact goes beyond critics and general audiences, too. Francis Ford Coppola has named Aguirre, the Wrath of God as one of his biggest influences, and Apocalypse Now, one of his most acclaimed films, was heavily influenced by Aguirre particularly in visual style. It has also had a heavy influence on Terrence Malick, one of the most acclaimed American directors today, and that influence is most overt in his film The New World.

Fifty years on, the influence and legacy of Aguirre, the Wrath of God is as huge as it’s ever been, and rightfully so. Every single aspect of Aguirre is faultless, and the performances and the cinematography are some of the finest in cinema history. Herzog’s greatest film is as brilliant as they come. 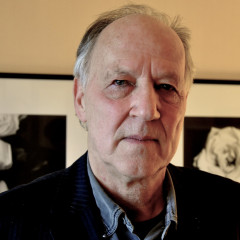 It’s been almost 50 years to the day since Werner Herzog released what is often considered his masterpiece. How does it hold up?