If you had told twelve-year-old-me that one day I would be published in Waterstones, she wouldn’t believe you. But on the 29th of this March, that is exactly what will be happening.

When I was twelve years old, my best friend and I came up with an idea for a novel in the back of a PE lesson. Phoebe had just spent the whole weekend playing a make-believe game with her family friends, and I was telling her about a birthmark on my arm, which my parents had always told me was magic. And as simple as that, the idea was sparked.

Admittedly, I was a very sensible twelve year old. I never pretended we would complete the novel before the age of 16, which slowly got pushed to the age of 18 as that first deadline grew nearer and nearer. At first, Phoebe and I worked on pages together, spending far too long talking about the characters’ middle names and the exact interior design of our protagonist’s bedroom. Over time, we began to divide up the novel into chapters and those chapters into further sections.

And yet, by the time we hit March 2020, we still had just fewer than 50 pages written. And 50 pages was decidedly not enough for a novel. But A-levels had  been cancelled, lessons suspended, and the long summer before starting university loomed before us. It was, for everyone, a time of great uncertainty, but there was one thing which I knew for sure - I didn’t want to come out of those long, endless days with nothing to show for it.

So we got to work properly. Chapter by chapter, section by section, the novel began to form. When else would you get that much time in a day? I like to call our novel the silver lining of the lockdown cloud - it my way of turning an obstacle into an opportunity.

The next stage was the most nerve-wracking… we had to share our work. We passed it around to a few family members and friends to receive feedback and then corrected it accordingly. Who knew Phoebe’s younger siblings could find so many plot holes!

By the time Phoebe and I reached university, our novel was ready to be pitched. We emailed countless agents and publishing houses but had no positive news by January 2021. And so, after a lot more research into how to approach editors, we tried again. And, to our surprise, by May 2021, we were sitting with three offers from different publishing houses.

The decision process was a chance for us to realise how little we truly knew about the industry. But our choice was finally made, and so far, we have been nothing but delighted with the lovely team at Cranthorpe Milner Publishing House.

For me, the next step was telling all my family and friends. I hadn’t even told my grandparents and brothers I was writing a book - never mind that it was being published! But I was soon bumped back down to earth by another round of edits, courtesy of Cranthorpe Milner’s editing team. Phoebe and I soon discovered that the issues which rest in the heads of twelve-year-olds are not necessarily reflective of the issues which the wider world occupies itself with. They always say to write about what you know, and it didn’t take us long to realise that we only knew about being straight, white, teenaged girls.

With the Black Lives Matter protests of 2020 playing on our minds, we knew that we wanted children of all backgrounds to find themselves reflected in our novel. The whole point of our story is to show children that growing up is not always an easy journey, but that friends and family can help them through. It was important for us that the message is universal.

And so, a few sensitive changes needed to be made. We began to include characters of all backgrounds, not being blind to skin colour but instead recognising that different cultures are a wonderful source of diversity that needs to be celebrated. And we decided to play a small social experiment on our readers by deciding not to give our central narrator figure any pronouns. Instead, by using only their name, we are allowing readers to make their own assumptions about that character’s gender - be that male, female, non-binary, or anywhere else on the gender spectrum. It’s subtle, but it’s there.

After we signed off on our final manuscript, the marketing began. How many edits of front cover art did we get through? How many social media posts did we make? How many newspapers did we contact? The process blurs in with life over the last few months, a heaving excitement that has carried us through to today.

And now, we are less than a week away from our novel’s release date. We have two book signing events in local Waterstones. We have four libraries to visit for book launches. We have three schools to give talks to. And it’s all becoming very real.

What I have learnt about myself is that determination and persistence are the only two things between me and my goals. I wonder now at how many projects and schemes I could have completed if only I had stuck with them as I did my novel.

What I have learnt about friendship is that disagreements are essential to finding a compromise that surpasses both original ideas. Without Phoebe driving me and me driving her, we would never have been able to complete the novel.

And what I have learnt about dreams is that sometimes they can come true.

That said, it’s not over yet. The hard work of marketing and selling the novel has barely begun, and yet I can still rest assured that it will all be worth it from now on.

Because, if nothing else, twelve-year-old me would be proud.

Read our interview with both authors here. 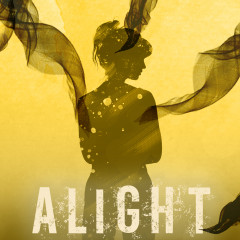 Getting my childhood novel published 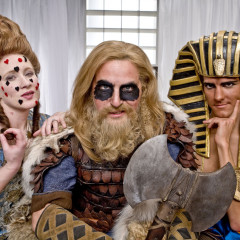