Top Boy finally makes its triumphant return for a fourth season this coming Friday (18 March) on Netflix. So, it seems only fitting that we take a look back at the past three seasons ahead of the comeback of Dushane and Sully.

Top Boy, in my (perhaps controversial) opinion, is possibly one of the best series to come out of the UK. Now, are you going to see it shatter streaming records or feature in ‘must watch’ lists on the internet? No, probably not.

This however is what I believe is part of the show’s appeal, and makes it somewhat of a ‘hidden gem’. Top Boy is unapologetically gritty, bleak, and violent, where other shows in the genre may be afraid to be – portraying what is a harsh reality for many people.

Originally streaming on Channel 4, the show ran for two seasons before being cancelled, with no reason ever given. Thankfully, Drake’s (unexpected) involvement led to the show’s revival on Netflix, and more commercial success. This however does lead to an important demarcation that we must first make between the four seasons. Top Boy - Summerhouse is the ‘original’ show and ran for two seasons on Channel 4 from 2011-2013. Netflix renamed it ‘Top Boy - Summerhouse’ when it was added to the streaming platform in order to differentiate it from the third and upcoming fourth seasons.

Top Boy is the ‘newer’ show and was revived in large part thanks to donor (and surprisingly fan) - Drake. The multi-hyphenate bought the rights to the show and is even listed as executive producer on Netflix, who revived the show back in 2019.

Summerhouse follows Ra’Nell, a young boy living on the fictional estate of Summerhouse in Hackney. Ra’Nell is forced to navigate a difficult crossroads and choose between either the ‘right’ or ‘wrong’ path, in the absence of any real parental figure save for some figures on the estate.

Two of these aforementioned figures are the main protagonists (and antagonists) of the whole series - Dushane and Sully. The duo must contend with rival dealers on their way to the top to become the two ‘top boys’ of the estate.

The reason you should check the season out is for the reasons that I laid out above in the introduction. Top Boy is not afraid to authentically portray what is a harsh yet unspoken about reality for many people, and in doing so tackles even larger issues like morality, race, mental health and socio-economic classes. These topics are not romanticised but rather they are tackled head-on which makes it more relatable, without being condescending to the audience.

Dushane, Sully and Co. might have climbed their way up to the top in the first season of Summerhouse, but they quickly learn that this is not without issue as an unknown informant alerts the police to a body. They must contend with the police, rival dealers and uncover the informant to maintain their position – whilst managing the cracks in their own friendship.

Ra’Nell’s story is continued as his mother is back but they are faced with the potential threat of eviction. He is not the only young child on the estate that the season follows, however, as it follows both Michael and Gem, who follow a path into the seedy underworld of drug dealing.

The show is still unapologetically gritty and continues to tackle the same themes as the first season. Ashley Walters (Dushane) and Kano’s (Sully) performances steal the show which is made possible by authentic, witty and candid writing and excellent cinematography that is deliberately not too polished. One would think that once the gang reach the top, much of what made the first season great is lost. This is certainly not the case, and the season does an excellent job at remaining incredibly compelling, continuing the momentum where other shows often lose it.

Top Boy made a surprise yet a very much welcome return in a much more polished package in 2019. Drake and Netflix revived the cult classic and this represented a ‘fresh start’ in more ways than one. ‘Summerhouse’ was dropped from the name and it was billed as season one rather than season three.

Dushane and Sully’s familiar faces naturally make a re-appearance but in a completely different way; Dushane’s in Jamaica and Sully is incarcerated, and the pair try to reclaim their throne against the new top boys in town with Jamie, Modie and Co.

The season also pays special attention to their personal lives and how they navigate these relationships, whilst simultaneously ascending up the drug ladder – something which creates an interesting dichotomy.

This rebooted version of the show divided fans, but I personally do feel it is even better than the original. The elements of what made the first two seasons so good are retained and in many ways improved on. The show is still gritty and touches on some challenging topics but does so in a more polished package.

The plot is arguably more compelling, as we see a power struggle between old and new. Walter’s and Kano’s performances are good (if not better) and we are treated to surprisingly good performances by Dave and Lil Simz.

Don’t think that I forgot about that incredible soundtrack either. Dave and Lil Simz are of course featured, but so are other stalwarts of the rap scene within the country –old and new; Ghetts, Giggs, Fredo and Headie One.

We are also treated to tracks from international superstars like Drake and Popcaan.

Granted, there are people who feel as if this was not necessarily an improvement and prefer the original. One can make the case that this more polished version of the show has come at a certain expense, namely the grit and depth of the first two seasons.

Admittedly, I can see their point to a certain extent.

However, this does feel like a natural progression and this discounts many of the show’s improvements. Top Boy is now more accessible than ever both in its tone and its availability as it’s been picked up by Netflix.

I would implore you to check out the new season this week even if you are a little sceptical of the show. Summerhouse is essential viewing in my opinion, but I appreciate that it’s not necessarily for everyone. You have no excuse though for the new seasons, as these have been made much more accessible by Netflix. 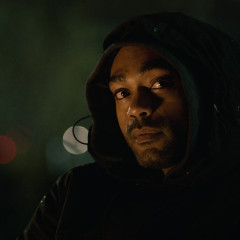 Top Boy finally makes its triumphant return for a fourth season this coming Friday (18 March) on Netflix. So, it seems only fitting that we take a look back at the past three seasons ahead of the comeback of Dushane and Sully.