MisInfoCon is a subsection of Mozilla Festival featuring several talks and open discussion events surrounding the increasing prevalence of disinformation.

The session ‘Intersectionality and Gendered Disinformation Targeting Women in Politics’ explored gendered disinformation – a form of discrimination that relies on sex-based narratives, and like most online gender-based violence, it is targeted at women and those of marginalised genders.

The session was facilitated by DeVan Hankerson Madrigal, Irene Mwendwa, and Gabriela De Oliveira –  all experts in research, advocacy and representative politics. The three discussed gendered disinformation in a political context, how this can be seen through both a local and international lens, and what future solutions could look like to address the issue.

Irene Mwendwa is a Program Manager for Feminist Movement Building and Advocacy and Pollicy. She is a Pan African feminist who advocates for women and girls’ rights with a focus on democratic governance.

Gabriela De Oliveira is Head of Policy, Research and Campaigns at Glitch, a charity that aims to champion digital citizenship and end digital violence. Her previous work on digital harms focused on online gender-based violence, with a particular focus on intimate image abuse.

The panel began by defining ‘gender disinformation’ as content that sexualises or undermines the target, for example in sexist tropes. Gender disinformation is becoming increasingly pervasive because of the use of technology, and this makes women and those of marginalised genders vulnerable to harm.

In comparison to ‘misinformation’, disinformation is a subset that is deliberately misleading and deceptive. For example, award-winning British journalist Carol Cadwalladr has found herself as the target of a coordinated wide-scale disinformation campaign through rumours and comments on social networks.

After the definitions were established, the panel discussed the need for intersectional research examining how race, gender and other intersecting identities are also used in disinformation campaigns worldwide.

Gabriela De Oliveira began to use a UK case study of Diane Abbott who experienced a huge amount of targeted disinformation. The disinformation targeted her intelligence, with memes attached to fake quotes and edited videos that made her look like she had forgotten what she was saying.

Amnesty’s research found that Diane Abbott had faced the highest level of abuse of any female MP during the UK’s 2019 election. In the run-up to the election, Abbott received almost half (45.14%) of abusive tweets. Since then, Abbott has spoken about the impact it has had on her life, family and community.

The conversation then shifted to the impact of gender disinformation, particularly focusing on individuals, communities and society.

On the individual level, it can cause mental, physical, and psychological harm.

It can also lead to self-censorship of minority groups, and a general disengaging from debate or political debate. This is highly problematic, as it not only harms an individuals’ wellbeing but their ability to carry out work, build rapport with their audiences, and leads to disengagement online.

At the end of their discussion, the panel took questions from the audience. One focused on policy-based solutions to gender disinformation: ‘Should policy solutions be regional, or should they take a transnational and international approach?’.

Irene Mwendwa said that it should be a mix of transnational, international and regional. In particular, she discusses how a regional approach can spearhead different regions into following suit.

As an example, Mwendwa discussed how progressive the Maputo Protocol is (a treaty that guarantees and protects the rights of women in African countries), whether that be improving women’s lives from ending FGM (female genital mutilation), ending child marriage, or to also ensuring a higher number of women and kids are going to school.

When concluding the insightful roundtable discussion, it was clear that all three facilitators had a lot more to say, and if it weren’t for time constraints then this engaging discussion could have lasted at least another hour.

‘Intersectional and Gendered Disinformation Targeting Women in Politics’ was an engaging discussion that considered the past, present and future trajectories of how we as individuals navigate online spaces, how disinformation continues to target women in politics and what we can do as online citizens to identify gender disinformation. 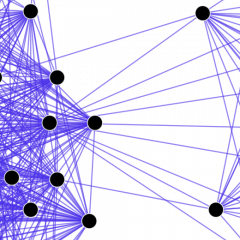