After a U-turn by Eurovision organisers, Russia has been kicked out of the 2022 Eurovision Song Contest following Vladimir Putin’s invasion of Ukraine. How has the notoriously ‘unpolitical’ song contest turned politically charged?

Recently, Russia has been booted off of the 2022 Eurovision Song Contest after Putin’s invasion of Ukraine.

Eurovision organisers state that Russia’s inclusion in the contest would “bring the competition into disrepute”.

This news came 24 hours after the European Broadcasting Union (EBU) said Russia would be allowed to compete in the competition, as it declares itself as not a political platform.

After pressure and threats from broadcasters in Sweden, Iceland, Finland, Norway and the Netherlands – the EBU have changed their decision.

“We remain dedicated to protecting the values of a cultural competition which promotes international exchange and understanding, brings audiences together, celebrates diversity through music and unites Europe on one stage,” the EBU said on Twitter.

The 66th Eurovision Song Contest is due to be held in Turin between the 10-14th of May, following the 2021 win of Italian rock band Måneskin. The band have since garnered international success.

Past Eurovision winner, Jamala represented Ukraine in 2016 with her song ‘1944’ reflecting the deportation of Crimean Tatars by Josef Stalin. The chorus of the song is composed from the words of a Crimean Tatar folk song.

The harrowing and mournful lyrics in ‘1944’ are a haunting reminder of the brutality of human conflict: ‘Humanity cries, you think you are gods but everyone dies. Don’t swallow my soul, our souls’.

Jamala recently fled her homeland because of the Russian invasion. Appearing on BBC Breakfast she added that: “When I wrote this song 1944, I did not know history repeats itself”.

On the 4th March 2022, Jamala sang ‘1944’ again at the German Eurovision preliminary rounds. In one hand she held a Ukrainian flag, and in the other her microphone.

Jamala is not the first Eurovision singer to be involved in political tensions on the stage.

Following the win of Jamala in 2016, Ukraine became the host nation for the 2017 Eurovision Song Contest and banned the Russian entrant Yulia Samoilova from entering the country citing an unauthorised visit to Crimea. In turn, Russia called for a boycott of the 2017 contest.

In 2019, Ukraine’s Eurovision selection Maruv was questioned on stage by Jamala who pretended to be a Tel Aviv journalist asking: “Crimea is Ukraine?”. Despite being chosen as Ukraine’s entry, Maruv withdrew from the competition saying she refused to be used as a political device: “I’m a musician, not a tool for the political arena” she said in a Facebook post.

Ultimately, this led to Ukraine not appearing at all during the 2019 Eurovision Song Contest which was later won by The Netherlands’ Duncan Laurence and his ballad ‘Arcade’.

Pash’s song ‘Shadows of Forgotten Ancestors’ is about the country’s history: ‘This song is like the anthem of Unity in a world without war. This is a patriotic song about Ukraine, about Ukrainians, about the greatness and opportunity of our state’ she said on Instagram.

The runner-ups of Ukraine’s national selection contest Vidbir, Kalush Orchestra, were chosen as the Ukrainian 2022 entry instead.

Resistance to Russian politics can also be traced as far back as the 2009 Eurovision held in Moscow. Georgia’s funky song ‘We Don’t Wanna Put In’ by Stephane and 3G was rejected by the EBU due to politically fuelled nods towards Vladimir Putin.

Following Russia’s ban from the 2022 Eurovision Song Contest, it can only be expected that this year’s song contest will be politically charged. Whilst Eurovision happens in May, the seeds of unity and pro-Ukrainian support are planted within some recent releases of 2022’s Eurovision songs.

One of the latest songs unveiled for the 2022 song contest is Georgia’s Eurovision entry ‘Lock Me In’ by Circus Mircus, the visuals for their music video replaced by a still image stating ‘Video unavailable – This artist condemns Russia's invasion of Ukraine’.

Germany’s Eurovision act, Malik Harris, unveiled the back of his guitar reading ‘I Stand With Ukraine’ at the end of his national selection performance.

Despite Eurovision’s plea to be an unpolitical entity, these are choices that are being uploaded onto their main YouTube channel and cannot be censored in the moment during a live performance at semi-finals and/or finals.

With Moscow’s defiance against the global condemnation of the Ukraine invasion, it is likely that this year’s song contest will be a collective stand of European unity and solidarity against Putin’s actions. 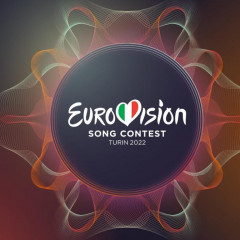 Russia booted off the 2022 Eurovision Song Contest after invading Ukraine

After a U-turn by Eurovision organisers, Russia has been kicked out of the 2022 Eurovision Song Contest following Vladimir Putin’s invasion of Ukraine. How has the notoriously ‘unpolitical’ song contest turned politically charged?