How viable is my career as a music journalist when infrastructure keeps letting me down?

As a music journalist, part of my job is attending live events, but that doesn’t mean I don't enjoy culture as part of my leisure time – it would be strange if I didn’t! So when the option of booking The Lumineers at the O2 Arena came along there was no way I was going to turn it down. With my tickets secured and a hotel that met my accessibility requirements booked, I was set for what was promised to be an unforgettable night of music, but that soon turned into the trip of nightmares.

Picture the scene: 76 miles from home, in one of the only accessible hotels that meets my needs as a ceiling hoist user. My original booking that was nearer to the venue had been cancelled as the room was under refurbishment and transferred to the only other hotel with a ceiling hoist 11 miles away. After managing to get to my hotel, Uber cancelled my pre-scheduled ride on pick up time, leaving me stranded and without the option to rebook an accessible car, and various taxi cab firms refused to take my chair, meaning I had travelled for hours unable to get to my destination.

One question remains though… How viable is my career in music journalism when infrastructure is so badly letting disabled people down? It's a question I've often asked myself in my mere three years of rambling about music, but now it’s one that's becoming more prevalent as I progress in my career. Unfortunately, journalism isn’t just about writing from your bedroom fuelled by passion and an ungodly amount of coffee, because I sure as hell can do that, no questions asked. Music journalism is about experiencing the culture and conversing with those different to ourselves as well as people we admire, allowing us to learn about our passion in-depth and sharing that knowledge with the world. However, for disabled journalists like me, I fear my bedroom may be my last step on the metaphorical ladder.

Working from home has opened a whole new world of opportunity to me as a wheelchair user. I feel especially lucky when disability employment stands at 28.8 percentage points lower than that of people who are not disabled. The part of my job I relish the most is being able to participate in fieldwork, whether that be a concert or attending an art gallery to review a new exhibition. However, when factors such as transport come into play it's hard to see how I can progress in my career the way I dreamed of as a teenager. For example, only 90 tube stations have wheelchair access out of the 272 stations covering the capital city and according to Disability Horizons, there are only 20 hotels in the UK that have ceiling hoists, meaning I’m incredibly limited to where I can travel as someone who relies on public transport to explore.

It’s not just travelling and accommodation that hinders my ability to work though, as many music venues still don’t have sufficient disability access for fans and journalists, something my campaign Commit To Access aims to combat. Charity Attitude Is Everything also looks to eradicate the issues live music fans face. There's no getting away from the fact most venues don’t have Changing Places toilets, or dedicated areas for wheelchair users and those that need to sit down, and some still have steps or stairs.

When I started out in journalism I was unpaid, creating small reviews for a plethora of indie artists on my own website I’d created after being inspired by Radio 1 DJ Jack Saunders to share my love of indie music. I never thought that in just three years I’d have interviewed the likes of The Wombats or had been paid to review a show, so when I started establishing myself as a journalist I couldn’t even think about how long it would last – I naively just wanted to share my thoughts on music I adored. But now I’m relying on it for income, and that naivety has shifted to a mass of anxiousness about whether my chosen career path is something that will be financially viable for me in the long term, regardless of how great or enthusiastic I am about my profession.

Many may say that my voice is needed, to which I agree, alongside the many other disabled journalists in the industry. But the need for my voice does not outweigh mine or anyone else’s basic need to live. We are tired of fighting for basic human rights, non-disabled people need to work with us not against us. 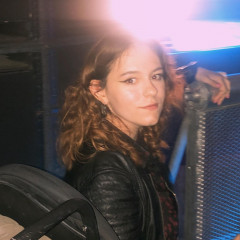 Why I’m questioning my career as a disabled music journalist

How viable is my career as a music journalist when infrastructure keeps letting me down? 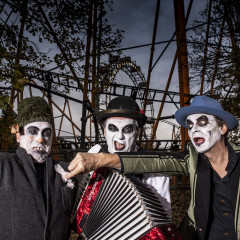