Why has this bizarre stereotype not been retired yet?

So everybody’s experienced one of those days: lost your phone? Can’t remember the name of something? Got lost? Wasn’t aware of something?

Well, the average person gets, “whoops, I guess you made a mistake”. But if you happen to be blonde, then I’m afraid you have a case of the ‘dumb blonde’ syndrome.

The media have perpetuated the dumb blonde stereotype for decades, but far from being just a joke, it has real-life consequences.

My entire life, I’ve been subject to the dumb blonde stereotype (and continue to be). And whilst this stereotype is not as harmful as many others, such as racial stereotyping — I have been dismissed, overlooked and laughed at for getting something wrong, as surely, it must be because I am blonde and, by association, ditzy, airheaded and dumb.

Beyond the typical jokes, the attitude of the dumb blonde prevails into many areas of life, even without making those mistakes. For example, the natural assumption was that I was a fashion student at university. Failing that, perhaps I was a sports student? In fact, most people are still surprised when I tell them I didn’t study fashion, even those who went to university with me.

Not only have I been met by surprise when I spoke about my Liberal Arts degree, a course studying the various aspects of humanities and frequently includes: social sciences, politics, history, languages, archaeology etc. all of which are respected as academic subjects. Adding to this was the shock that I achieved high grades. It may sound sad, but generally, I am surprised when people actually acknowledge my intellectual capacity. A lifetime of being overlooked means that I’m used to people overlooking my ability, and tragically, I’ve seen this happen with many other blondes.

This behaviour and stereotype occur not only in academic settings (where intellectual capability is often called upon) but also in the workplace. This is often masked as a ‘blonde joke’. But not only is it not funny, but it can also be downright damaging.

“Why did the blonde stare at the orange juice box? Because it said concentrate.”

Research shows that these stereotypes can threaten a blonde women’s ability to be taken seriously or considered for promotion at work. A study at California State University studied the effects of hair colour on perceptions of a women’s ability, revealing that being blonde can damage career prospects. Blonde women are rejected for jobs more often than equally qualified brunettes, and where blondes and brunettes are given similar jobs, the darker-haired applicants typically have higher salaries.

Another rather tragic hindrance for blonde girls and women is curiosity and a willingness to learn. In order to learn, this will often require having to ask questions or admitting that you don’t know something. It takes courage to say, ‘Actually no, I have no idea what this is, what does that mean?’, but too often for the blonde girl, that can also be associated with profound dumbness. If you call someone dumb when they ask questions enough times, eventually they’ll stop asking, or worse, pretend like they already know.

And then there’s the nickname. Blondie.

Having people address you by your hair colour and nothing else is condescending and demeaning.

Further to these experiences, I have experimented with hair colours often. Growing up, being a natural blonde made messing around with various hair colours much easier. But it also demonstrated, sadly, how differently people can treat others.

With different hair colours, their perception and association can change. Dying my hair ginger transformed me from the dumb blonde into the ‘fiery redhead’. Here, people would weirdly fetishise their preference for redheads or ask if the curtains matched the drapes. Many would even begin a conversation with that.

To be honest, with darker hair, all of the weird negative stereotypes went away. Nobody would be surprised about good grades. Nobody questioned my ability. No dumb associations or people addressing me by my hair colour. To personally experience the difference in how people treat another based on hair colour is both bizarre and tragic.

Yet, I’ve never once heard a ‘dumb blonde’ stereotype when it comes to guys. Or their intelligence or their capability questioned or predetermined by their hair colour. Or even their actions dismissed as ditziness.

Why does this stereotype appear to relate to women exclusively? And why do so many people within society continue to perpetuate this stereotype? We can all do our bit to break the bias and stop dumbing down all women based on their hair. 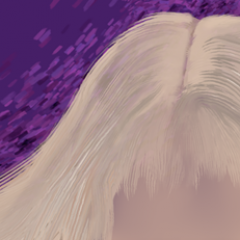 Why has this bizarre stereotype not been retired yet?