Young people are increasingly entering the gig economy as a means of employment post-pandemic.

A new report has recently found that, although youth employment is up from the height of the pandemic, the types of jobs they are entering are increasingly insecure.

The Resolution Foundation recently found that whilst young people are certainly getting back to work, that their return is marred by insecurity and dissatisfaction. Of particular concern is the prevalence of gig economy jobs, which refers to zero-hour contract roles like Uber, Deliveroo, or Air BNB. Granted, unemployment is currently at levels which are somewhat lower than they were before COVID. The problem is that the sort of work young people are returning to is not the sort of work that they want, yet a third of people between eighteen to thirty-four are unfortunately finding themselves in this position.

Granted, from Spring 2020 - Autumn 2021 the youth unemployment rate decreased from 10.5% to 9.8%. The Resolution Foundation found that in this same time period a group known as ‘neets’ had emerged; eighteen to twenty-four year olds who are neither economically active nor are they in full-time education. 75,000 neets emerged in this period and young men accounted for the majority of this increase, with 60%. 50,000 men under twenty-four are economically inactive according to the report and have been unable to find post-pandemic work.

The government’s furlough scheme, to its credit, has proved a success in managing youth unemployment. Unemployment however has still managed to ravage people’s future employability and pay prospects, not to mention the mental health of young people.

The Resolution Foundation found that two-thirds of those who lost work suffered from mental health difficulty. The think tank warns policymakers not to be appeased by the headlines reporting lower unemployment, but instead consider the quality of this work and tackling the increase in gig economy work.

What the experts say

Louise Murphy, economist and author of the report, said; “1/3 young people who experienced worklessness during the last lockdown returned to atypical contracts … the fact they are more likely to be looking for new or additional work suggests higher dissatisfaction with their current jobs”.

“And while unemployment has fallen, the number of young people dropping out of education and the labour market altogether has risen – especially young men.”

“A return to the workplace, on its own, is not enough. Ensuring that young people have the confidence and knowledge to find and apply for work, and access to good quality jobs and sufficient hours, must be a priority for employers and policymakers in the months and years to come.”

The DWP Kickstart Scheme is unfortunately scheduled to finish running on 31 March 2022. Whilst admittedly not a perfect scheme, and has attracted a fair degree of applause and criticism alike, it seems counterproductive to axe a scheme that could help remediate some of the issues found by the Resolution Foundation.

With National Insurance, inflation, and cost of living increasing rapidly and exacerbating financial strain, one questions the logic of eliminating a scheme which can empower people to meet these demands – although this is not the only thing worthy of questioning with the current government and Boris Johnson. 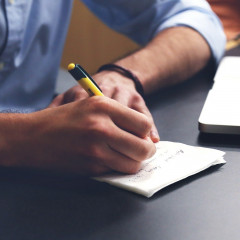 Young people are increasingly entering the gig economy as a means of employment post-pandemic.