Voice MagBlogsNo Kirstie, we can&#…

Kirstie Allsop of ‘Location, Location, Location’, recently inflamed Twitter when she suggested that younger people should simply “just move somewhere cheaper” to get onto the property ladder.

These comments are not only tone-deaf considering the recent hike in the cost of living but are emblematic of an old-fashioned attitude towards young people today, which in Allsop’s case comes from an out-of-touch, privileged position.

In a time when the path to owning a property is fraught with more snakes than it is ladders, we asked our journalist team what they make of the comments as young people aspiring to get on the property ladder.

The notion of owning a property seems so incredibly distant to me. In fact, I fear it may never even be a feasible option to many of my generation, let alone class. Foregoing the small luxuries in life, as Kirstie Allsopp would suggest, may sound like an easy sacrifice in exchange for a spot on the property ladder, but why should we have to waive the things that make us happy to be able to afford basic living? To name one example, forfeiting a gym membership may also mean forfeiting a social life and a healthy routine or eliminating an element of life that is exponentially beneficial for mental health. In economic turbulence, the working class is always forced to make sacrifices or endure suffering. Basic housing should be a foundation in a happy lifestyle, not infringe on it. Alas, we find ourselves yet again being instructed on how to buy a house (just by opting against expensive coffee) from someone in the privileged position to save money whilst having somewhere to live rent-free.

So no, I will not surrender the simple pleasures in life. And as for renouncing holidays abroad - well, that’s just keeping us from experiencing new things, broadening our horizons, and getting new outlooks on life. That’s probably part of the plan. I don’t know about you, Kirstie, but if I’m going to have Stockholm syndrome, I’d at least prefer to be in Sweden.

Allsop’s comments are emblematic of not just her ignorance but of a much wider issue. There is an attitude towards today’s youth that their problems are not really problems. Allsop is speaking from a position of privilege afforded to her by a family that is by a baron; I highly doubt that she has ever had to take her own advice and go without for housing. With many people across the country having to choose between heating and eating, there will often not be a gym membership or streaming service in the first place to forgo. As the child of immigrants who came to this country with literally nothing to their name and through scrimping and saving are fortunate enough to now own a home - I can tell you there is nothing romantic about suffering just to put a roof over your head. The UK is one of the most affluent countries in the entire world, and shelter is a basic need; why on earth should young people have to suffer so they can get on the property ladder - rather than slip on the snakes of living costs, inflation and a seller’s property market?

Kirstie Allsopp’s comments blatantly disregard those in poverty in this country. The idea that all young people could afford to buy a house if they gave up luxuries such as coffee and Netflix is enraging. Many young people in this country are on minimum wage and indeed living at home, and no, Kirstie, that doesn’t mean we don’t pay rent. As a disabled person living in one of the most deprived parts of Hampshire, I do not have the financial capability to leave home and move into an adapted property that meets my needs. I wonder whether you’ve ever queued at a food bank or lived in a B&B due to eviction or not being able to pay rent through no fault of your own. I wonder if you’ve ever gone to bed hungry? My guess is probably not. Those elements are an everyday reality for many in this country, and owning a house is nowhere near the top of their list.

Excellent news, everyone, we got it all wrong: houses are affordable, after all. All you must do to get onto the property ladder is cancel your Netflix subscription and gym membership, stop drinking coffee, and get some financial help from Charles Henry Allsop, 6th Baron Hindlip?

Kirstie’s comments are the latest in a long line of privileged, out-of-touch rich folk suggesting that housing is affordable so long as you don’t buy expensive coffee.The first property that Kirstie bought in 1993 (with help from her rich family) was, adjusted for inflation, more than £140,000 cheaper than the average house price in 2022. I am lucky enough to live with my parents – which is already a luxury many people do not have – and I still fear that I’ll never be able to get onto the property ladder. Even if I do manage to beat the odds, why should sacrificing small luxuries such as Netflix or a gym membership be at all necessary? Affordable housing should be expected in any halfway decent society, and Kirstie’s ‘advice’ essentially blames poor people for being poor instead of addressing the root problems that have led us here. Her suggestion that anyone can buy a house if they make a few small sacrifices is ignorant at best and outright malicious at worst, especially when she claims to be ‘enraged’ when people say they cannot afford a home. She should be angry, but it should be directed at the people that got us into this situation in the first place, not those struggling to make ends meet.

As the daughter of parents that have never owned their own home, Kirstie Allsopp shows she is completely uninformed on how people actually live. It is difficult to buy your own home when you’ve been working for forty years, let alone in your twenties! Allsopp’s comments ignore the diversity of experiences in Britain. Not everyone has a job with a salary high enough to set money aside to save. Nor does she acknowledge that some young people have families and focus their day-to-day spending on their children, which takes a massive chunk of their pay. Even if young people’s money is going on coffee and gym memberships, so what?! It should not be normal for people to sacrifice leisure to own the roof over their heads.

Her comment about simply moving to a cheaper area is ridiculous. Moving away from family, friends, your support network because you cannot afford extortionate house prices, is extremely damaging. She has forgotten even to consider mental health here. All of her suggestions encourage isolation in favour of owning your home. Loneliness can be detrimental for individuals, contributing to depression heightening anxiety. Add moving away from the people you know, and it would become difficult for people to reach out for support when they have poor mental health.

Allsopp has created a conversation here without fully understanding what she is talking about. One thing is for certain, blaming young people is not going to solve the housing crisis.

Kirstie Allsopp’s solution for young people who can’t afford a home is simple: “just move somewhere cheaper.” In theory, this argument seems logical, but it is not that simple in reality. Not only are we in a pandemic where finding a job is tough, and housing is a seller’s market, but we also live in a world where getting a university degree has become an expectation. Entry-level jobs often want a degree and a few years of experience, making it increasingly difficult for young people without a degree to be picky about their jobs. Now, we have to go where the work is, typically in a bigger city where housing is more expensive. As Allsopp says, you could buy a house somewhere cheap, but she fails to consider the logistics of this. If you can find a job where housing is cheap, then it makes sense to do that, but if you can’t, things start to get complicated. Buying a cheap house somewhere and commuting to work can incur expensive transportation costs: petrol, parking, train tickets, and these costs add up. So yes, we might save money initially by moving somewhere cheap, but if there’s no work there, are we saving anything at all? Maybe not, but at least we can all move in with our parents or spend the next 37 years forgoing a healthy life-work balance, all to save for a deposit on a house. 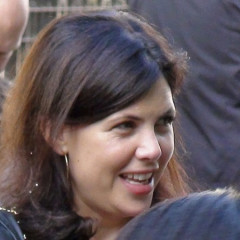