15 years after its original release, we discover how Panic Prevention helped normalise mental health for generations of fans.

Jamie T (real name: Jamie Treays) has always been somewhat undefinable. With no real genre or aesthetic, he tells stories of the things he sees without rose-tinted glasses and has given a platform to Britain’s most forgotten since 2007 - even more so now.

From Sheila to So Lonely Was The Ballad, Jamie T’s iconic debut album told stories of his beloved Wimbledon. Panic Prevention encapsulated exactly what it meant to be a British adolescent in the post-millennial age, from boozy nights on park benches, heartbreak and perhaps most importantly, mental health,

Named after the panic attacks Jamie experienced as a teen, the album draws on a unique mix of indie, rap, hip-hop and punk, becoming synonymous with generations of British youth. Fifteen years on, we look back at how the album changed the way we view genre, as well as panic attacks and those who live with them.

Back in 2007, mental health wasn’t vocalised much in society. Even the album’s main theme of trying to make sense of Treays disorder was largely disregarded despite the album’s title. Treays is the embodiment of what you see is what you get; the scrappy-haired London poet is truer than true. Bounding with lyrical honesty, he made people feel they were cut from the same cloth. Talking to The Guardian, Jamie admits, “It’s more acceptable to talk about it now [mental health] than it was then”, continuing to say he's glad that “it made some people feel a bit better.”

I was 5 when Panic Prevention was released, but its genre-bending, boundary-pushing tracks still became the soundtrack to my later adolescence some ten years later. It allowed me to explore my mental health and struggles with loneliness in a safe space without the fear or judgement of talking to another human.

As an album, it opened up how we viewed anxiety and provided solace for those dealing with anxious emotions, even depression. It taught hoards of fans that it’s ok to grapple with mental health and played a part in removing the ever-present stigma at the time.

So Lonely Was The Ballad even sampled an anxiety tape used to help those struggling with mental health. “People who have panic attacks often feel that they should be able to deal with them, and indeed the resources you need are already within you”.

Its confident but somewhat naïve demeanour has connected with many over the years, but with the new pressures of social media, it’s no surprise that people are finding comfort in Panic Prevention once again. It’s one of the few albums that’s captured loneliness, confusion and ordinary life in a world that isn’t built for the youth. Its loud, brash, messy, undone personality mixed with Jamie’s London boy likeability and exceptional musical talent makes it one of the most relevant albums to date, allowing it to stand the test of time.

Albums rarely become modern classics. However, in the same vein as Arctic Monkeys, Whatever People Say I Am That’s What I’m Not, Panic Prevention reminds us it's ok to be nothing other than human in an age where we are constantly searching for perfection. 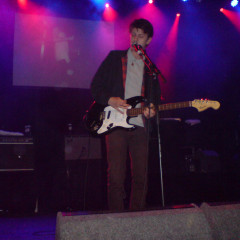 15 years after its original release, we discover how Panic Prevention helped normalise mental health for generations of fans.