The subject of this blog post is the parties that Boris Johnson attended whilst the rest of the county was in lockdown. It also addresses the pressure on the Prime Minister to resign.

It is now believed that Prime Minister Boris Johnson attended at least six parties whilst the rest of the country was in lockdown. Support for Johnson from some of his peers is dwindling and with the Sue Gray report on the horizon, pressure on the PM’s position only intensifies.

On the 25th January, ITV reported that Boris Johnson had a birthday party during the first lockdown in 2020. Despite indoor social gatherings being banned at the time, Johnson celebrated his 56th birthday in style, a luxury the rest of the British public weren’t allowed to enjoy.

Top civil servant Sue Gray has been tasked with investigating all the reported parties attended by the Prime Minister and other Conservatives. The inquiry was initially supposed to be carried out by Cabinet Secretary Simon Case but Gray took over the responsibility after it emerged Case had held a party of his own.

The Sue Gray report was due to be out last week but it has been delayed due to a late intervention from the Metropolitan Police. This decision has caused a lot of confusion because of the Met’s earlier stance on the parties. The Met Police had decided not to investigate the parties because, in their words, they don’t investigate retrospective breaches but Met Police Commissioner Cressida Dick has made a U-turn on that decision.

“I can confirm that the Met is now investigating a number of events that took place at Downing Street and Whitehall in the last two years in relation to potential breaches of Covid-19 regulations,” said Dick.

It is now understood the redacted version of the report could be published as soon as the 31st January.

The pressure on the PM to resign continues to ramp up. Labour leader Kier Starmer recently stated his view on the matter, Starmer said “I think the prime minister said yes, he agrees the code does apply to him. Therefore, if he misled parliament, he must resign”.

It’s no surprise that the leader of the opposition wants him to resign but some Conservative MPs are clearly preparing themselves for that to happen. Tom Tugendhat, chair of the Foreign Affairs Committee has become the first Tory MP to declare that he would run to replace Boris Johnson if he does step down as Prime Minister. This is a clear indication that some Conservatives are already looking at a future without Johnson at the helm.

It is not yet known whether Boris Johnson will survive as Prime Minister in the long term but the publication of the Sue Gray report may be the final straw depending on what information is revealed. 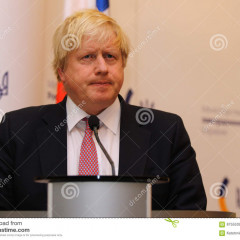 The subject of this blog post is the parties that Boris Johnson attended whilst the rest of the county was in lockdown. It also addresses the pressure on the Prime Minister to resign.