FromSoftware plans to return to its medieval roots with the upcoming Elden Ring. Before that, let's revisit the game that capped off their legendary trilogy, Dark Souls 3.

The world of Dark Souls 3 is tired. It's being kept alive almost against its will by the time the Ashen One lumbers out of their coffin to link the flame. For those who don't know, Dark Souls' setting exists in an endless cycle of rebirth and decay. Every few years, powerful beings known as Lords of Cinder are tasked with sacrificing themselves to the First Flame to stave off the age of dark and preserve the world. But in Dark Souls 3, the Lords have shirked their duty, and it's up to the player to drag them back to their burdensome posts.

Traversing through the interconnected areas of Dark Souls 3, a question begins to creep into the back of the player's mind. Why? The world is in ruin, populated by shambling undead and violent beasts. Every castle, settlement, and forest is filled with fresh horrors. There are few creatures left that haven't lost their minds already. The vitality created by the First Flame has been stretched too thin for too long. By the time the player reaches the end, they must choose whether to fulfil their purpose and prolong the fire or, as they begin to suspect is more merciful, allow it to finally flicker out.

This is told to the player not through cutscenes or narration, but through small details hidden in the game. It's visual storytelling at its finest. From the mounds of dark ash in the Profaned Capital to the illusory serenity of Anor Londo, every detail is chosen to evoke a sense of depth in the world, hinting towards a rich yet troubled history.

But it's not just the environments that speak to the player. As they go about their task, they encounter a number of friendly — or at least not openly hostile — characters. These can be delightful glimmers of warmth in the wretched world, such as the jolly knight Seigward of Catarina, or they can be harrowing reminders of just how lost the population has become, like Yoel of Londor. Pursuing their questlines can be unintuitive, but this fits with the antagonistic elements of the game. Although nowhere is this antagonism felt more harshly than when you encounter those characters that have come to define the series — the boss battles.

Your character feels small in Dark Souls 3. The breathtaking visual design of the landscapes and the imposing figures you come across as you explore the crypts and keeps, combine to make you feel like this world is much bigger than you are. You will never be far from an overwhelming threat. Most of the time, you'll discover that those dangerous-looking monsters can be defeated without too much effort once you take a few stabs at them. But then you'll enter a room, and an orchestra begins playing, the door closes behind you, and a health bar appears at the bottom of the screen. This is when you find yourself up against a boss battle. This is when you run into a roadblock.

These major enemies can be utterly diabolical in their difficulty, and they will make sure you feel every bit the small and insignificant trespasser you are. These fights are heart-racing, brutal affairs, with no time to relax. Everything the player has learned as they've explored and fought their way from checkpoint to checkpoint will be pushed to the limit. Windows to heal yourself are infinitely small, panic dodging is punished heavily, and most of these threats have attacks that can decimate your health bar in one or two hits.

But no matter how imposing these bosses look, you know that you will beat them. That's the thing about FromSoftware games. You will learn to recognise their attack patterns, figure out which weapon most works for you, and eventually, after what feels like hours, you will land that final hit. You’ll feel the biggest buzz you can feel in gaming because despite how grim and desolate the world of Dark Souls 3 is, it is also intoxicating. Every inch of progress feels like a victory. Learning from their previous title, Bloodborne, FromSoftware revitalised the classic Dark Souls combat in this game to make it faster and more intense, and the result is the best feeling gameplay in the series.

Dark Souls 3 did a wonderful job of thrusting you into an evocative world filled with terror and giving you the chance to conquer it. It is more than worthy of being the final chapter of one of the most iconic trilogies in video games. 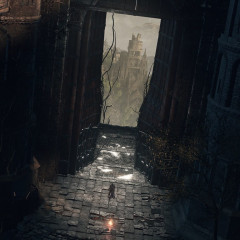 FromSoftware plans to return to its medieval roots with the upcoming Elden Ring. Before that, let's revisit the game that capped off their legendary trilogy, Dark Souls 3. 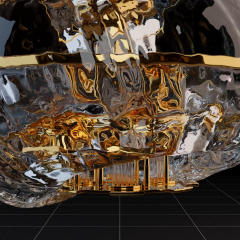