Summary- Epstein’s closest friend and former lover was found guilty on five sex trafficking charges this past week, but media coverage has raised questions as to their biases.

Disgraced socialite Ghislaine Maxwell is now a household name for many after her recent conviction of five counts of sex trafficking charges. Maxwell now faces life in prison, and the consensus is that the guilty convictions made by a US Court were more than fair considering the abhorrent nature of the crimes that both she and her partner Jefferey Epstein had been committing for years.

Maxwell was found guilty of recruiting, grooming and trafficking minors, acting as a mother figure towards them and teaching victims how to sexually please Epstein and his powerful friends through massages. Despite the guilty conviction, the media seems to be treating Maxwell in a way that most criminals could only dream of.

The trial and subsequent conviction has spawned articles around the world about the socialite’s life, her family and her own involvement within the higher echelon of media editors and her many political connections, but not all have been damning. Her crimes are impossible to defend, and none I’ve seen have tried to, but the tone in which she has been written about has left much to be desired by many.

Boris Johnson’s sister, Rachael Johnson, wrote a glamorous piece last year for The Spectator, titled “It’s hard not to pity Ghislaine Maxwell”, which received no end of criticism when it was released, and without a doubt caused trouble for the Prime Minister by referencing the alleged romantic relationship Boris had with Maxwell during their time together at Oxford. Many thought that it couldn’t get much more distasteful than that, but recent coverage from the UK’s biggest media outlet shows otherwise.

The BBC are amongst outlets that have been under fire thanks to their coverage of the case. Immediately after news of the socialite’s conviction, they posted an article titled “Who is Ghislaine Maxwell? The downfall of a favourite daughter”. This caused a stir online, with many mocking the headline’s tone by jokingly referencing others who also committed awful crimes.

For instance, comedian Fred Delicious wrote on Twitter, “Who is Benito Mussolini? the downfall of a jolly man who made the trains run on time”. More posts followed suit, with Jim Pickard also writing: “Who is Jimmy Savile? The downfall of a charity fundraiser”. However, Janey Godly, a scottish comedian and writer most succinctly captured the failings of the BBC’s reporting.

“Who is David Percy? The downfall of a favourite Glasgow son, also the man who got imprisoned for sexually abusing me and my sister and used to kick my dog to make me stop struggling from his grip - BBC, see how this looks?”

After noticing the backlash, the BBC then amended their title, instead opting for: "Who is Ghislaine Maxwell? The story of her downfall". They also changed the wording of the article itself to be less colourful, despite not mentioning the edits anywhere. One stealth edit was the deletion of the following:

"She was the toast of high society in London and New York. Now Ghislaine Maxwell has been convicted of grooming and trafficking underage girls. After learning to serve her crooked father's whims, she then did the same for another tyrant, Jeffrey Epstein."

Many would think that that would be the end of the nonsense, but the BBC were far from done with their mismanagement of Maxwell’s coverage. Following the trial’s conclusion, the editors decided that an interview with Epstein’s ex-lawyer Alan Dershowitz would be suitable for broadcast, despite the fact both he and Prince Andrew are currently involved in a sexual assault lawsuit with Guiffre, who is one of the more outspoken victims that accused Epstein and Maxwell.

Dershowitz, a former lawyer for Donald Trump, sued the creators of the Netflix documentary series Filthy Rich for defamation in May 2021, and has vehemently denied the allegations against both him and Prince Andrew, calling the victims gold diggers. Dershowitz has counter-sued Guiffre, stating that she "defamed and intentionally inflicted emotional distress on him".

The BBC’s interview with Dershowitz was released on BBC World News and on the News channel last Wednesday. It has since been apologised for, with the BBC now investigating the interview where he was named as a ‘constitutional lawyer’, providing analysis on the court proceedings. The lawyer’s connection to both Maxwell and Epstein was not mentioned anywhere. In the BBC’s apology statement, they mentioned that Dershowitz was, in hindsight, not "a suitable person to interview as an impartial analyst".

Many politicians, lawyers and journalists have condemned the interview. Labour MP Nadia Whittome said: "I can't believe this needs to be said but the BBC should not give a platform to people accused of child sexual abuse". The SNP shadow culture secretary seconded the statement, saying: "The BBC is right to apologise. Interviewing Dershowitz was a mistake. Failing to contextualise (he's one of those who has been accused) was even worse."

After the Dershowitz interview, the BBC also decided to interview Maxwell’s brother, Ian Maxwell, who used his five minutes of time to try and protest his sister’s innocence on Radio 4’s Today Programme. Ian Maxwell claimed that the statements of defendants were untrue, saying that although they were “heart-rending testimonies” he thought that “Ghislaine had nothing to do with it”. He added: “These were Epstein’s crimes and he’s not here to pay that price, and she has been made to pay the price that he should have paid.”

When asked whether he thought victims were lying, he said: “Of course, the prosecution didn’t put into evidence the prior interviews they had with these accusers, which showed a completely different case. Memory is faulty, and so, in my view, the trial that has occurred was not a fair trial from Ghislaine’s perspective. And that is why she’s going to appeal, and I think she’ll be successful.”

Ian Maxwell has also been making the rounds on other British media outlets, lending interviews to both The Daily Telegraph and Sky News.

In regards to their Ian Maxwell interview, the BBC stated: “The interview on the Today Programme with Ian Maxwell was about the family’s decision to appeal the verdict; he was robustly challenged and his arguments were critiqued directly afterwards by a barrister.”

Despite their best efforts, questions could still be raised as to why they called for his input, and whether the interview was in bad taste considering the fact that Ghislaine was found guilty only days prior. The same can be said for the many interviews that Ghislaine’s other brother Kevin has given to multiple outlets across the Atlantic. Kevin has previously been embroiled in a fraud case over his involvement in £450m missing from The Mirror’s pension funds. A Whitehall report found that Kevin bore “high responsibility” for what happened, but when the case went to court he was acquitted.

Were these unintentional errors?

These huge mistakes have definitely damaged the BBCs credibility, and at best show a lack of self-awareness. The vitriol aimed at them and the Maxwell family is rightly placed, and these editorial shortcomings invite questions over how independent media publications are. Maxwell and her family have twisted the media business for decades – it is after all where they drew their power and why they were considered so important. At one point, Robert Maxwell, Ghislain’s father, owned The Daily Mirror, Macmillan book publishers, The European newspaper and New York’s Daily Times. It hardly a stretch to think that those old roots run deep.

This is definitely not the first time that the BBC’s impartiality has been under question; complaints about the publication’s impartiality have trebled since 2017, as found by the media watchdog’s annual report last year. Kevin Bakhurst, who is Ofcom’s group director for broadcasting and online content said: “The last year has also seen its reputation hit by historical failings, with some viewers and listeners doubting its impartiality, and others feeling excluded, the BBC must dare to be different, extending its appeal to viewers and listeners of all backgrounds, classes, cultures, ages or locations.”

In an era of misinformation and fake news, and the erosion of public trust in mainstream media, it is the responsibility of the press to operate to the highest standards. Time and again during this case (and other subjects, such as their recent ’clumsy’ reporting on an antisemetic attack and impartial and transphobic messaging) the BBC have been caught flat-footed or failing to meet the level of editorial standards required by a public broadcaster, as they themselves stated. Is the Maxwell trial coverage indicative of something insidious? Hard to say, but the fact that there’s any ambiguity as to the publication's motives is simply unacceptable – to the public and the victims. 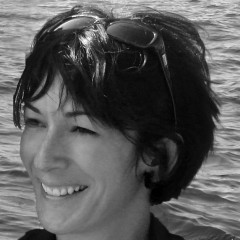 Summary- Epstein’s closest friend and former lover was found guilty on five sex trafficking charges this past week, but media coverage has raised questions as to their biases.