Remember the ‘Kill the Bill’ protests in April 2021? New amendments might mean that protests begin once again.

The ‘Police, Crime, Sentencing and Court Bill’, also known as PCSC Bill, is returning to Parliament for the report stage in the House of Lords. Since April, 18 pages have been added to the original Bill, and it is one step closer to becoming law. After the third reading in the House of Lords is completed, it will enter its final stages: consideration of amendment and, finally, royal assent.

One of the protestors’ main issues with the Bill is its limits on protests. Article 11 of the Human Rights Act asserts that we have the right to come together with others and peacefully express our views. Human Rights charity Liberty says that ‘The State can’t interfere with your right to protest just because it disagrees with protesters’ views, because it’s likely to be inconvenient and cause a nuisance or because there might be tension’. However, in the PCSC Bill, being ‘too noisy’ or causing too much ‘annoyance’ could mean that peaceful protests are forced to shut down. Organisers argue that protests are designed to disrupt order to gather attention to a cause or issue. The most effective way to do this is by being noisy and visible to draw attention to the protest. Time limits to the start and end of protest will be imposed by police, especially during occupations and anyone who is deemed a ‘public nuisance’ could receive up to 10 years in jail, a disproportionately lengthy sentence. The ‘Colston four’, well-known after toppling a statue in Bristol, would face up to 10 years under this Bill. Vehicles near parliament will be permitted to be removed, so protesting around parliament will become severely restricted. The vague wording included in the Bill could be used, say some, to stop any and all protests.

But it’s not only the act of protest that the new amendments affect: the Bill would allow police to stop and search without suspicion in protest contexts. Locking on, the act of securing oneself to the ground with chains, glue, or anything else will become illegal, despite being a protest tactic used for decades. The increase in stop and search powers will allow police to seize any items that could be used for ‘locking on’. Locking on to cause serious disruption would also become a criminal offence, carrying a maximum prison sentence of six months and an unlimited fine. In particular, this targets the actions of Insulate Britain protesters who ‘locked on’ to major roads to raise awareness of the climate crisis. Other new orders would prohibit protesters with a history of protest-related crimes from being in certain places at certain times, to stop them ‘participating in particular activities and even “using the internet” to organise or facilitate protests.

The power this gives to the police is immense. But it’s not the only police who stand to gain. The Home Secretary Priti Patel will also have command of these ‘draconian’ powers and could shut down any protest that she personally disagreed with. Protest is a signal to politicians that people want change and it’s a sign of a healthy and mature democracy. The Bill also attacks more vulnerable communities, introducing stronger laws against Gypsy, Irish traveller and Roma communities temporarily staying on private land and against rough sleepers staying overnight in cars. Stop and search powers for police will be widened, making it easier to search people who were convicted of carrying a knife in the past. But existing laws are well-documented as discriminating against young Black men, particularly in London, where young Black men were 19 times more likely to be stopped and searched by police.

So, what can be done? Human rights charity Liberty calls on anyone seeking to challenge the proposed PCSC bill to sign its petition. Protests will take place across the country on the 8th of December to celebrate the right to protest, with an especially large event outside the Houses of Parliament. We cannot let those fighting for our rights go without support, so even if you cannot attend a protest, you can donate to the organisation Kill the Bill here and find their Instagram here. 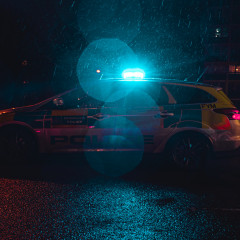 Remember the ‘Kill the Bill’ protests in April 2021? New amendments might mean that protests begin once again.