Voice MagBlogs5 cryptids we hope a…

Cryptids – animals or creatures whose existence are disputed – are feared and beloved alike. Many people resolutely hold out in their belief in these creatures' existence, and whether you are a believer or a doubter, Voice has compiled a list of some of the lesser and greater spotted cryptids for you to investigate further.

The Ratman of Southend

There are two tales associated with the Ratman of Southend – one that tells of an old man beaten to death and gnawed upon by rats whose ghost haunts the underpass. Not very fun. The other tale, however, is one that I dearly hope is true. This version asserts that the Ratman is a mutant child who physically exists (rather than being a ghostly apparition) and lives in the underpass. The child was a curse given to an adulterous mayor whose philandering resulted in the birth of a child with a strange, elongated snout and rat-like tail. The child also developed a taste for human flesh (of course). The tale tells that the mayor had the underpass constructed along with a secret entrance to a chamber in which the Ratman could reside, creeping out at night to sate his hunger. I hope this cryptid is real because I love rats, and the idea of a huge rat-person is just heaven to me. His carnivorous urges don’t phase me because I think we could speak, rat to rat, and I reckon I could change him.

Although the Skvader has always been known to be a hoax, I live in hope that its existence will be inexplicably proven one day. The Swedish half-hare-half-woodgrouse is on permanent display at a museum in Sundsvall. Taxidermist Rudolf Granberg constructed it in 1918, inspired by a painting, which in turn was inspired by a tall tale told by a man named Håkan Dahlmark in a restaurant in the early 1900s. Dahlmark claimed that in 1874 he had hunted an animal with the front half of a hare and the back half and wings of a female woodgrouse. The other patrons at the restaurant were understandably amused, and thus the myth/joke of the Skvader was born. The Skvader has now given its name to a Swedish colloquial term meaning a poor compromise or a combination of conflicting elements. Fingers crossed that the Skvader is eventually discovered to be real, and then the Ratman of Southend and I can run the world’s first Skvader sanctuary.

Call me basic, but damn, I hope Nessie is real. If you've ever gazed with wonder over the emerald loch and leapt in excitement whenever something catches your eye, you know what I'm talking about. The Loch Ness Monster has a chequered but lovable past. For one thing, she was arrested last week during a COP26 protest, so she's already taken more action against climate change than most politicians. For another, she's been in the game longer than most cryptids, with Pictish carvings capturing her likeness way back in 565 AD. Do you know what that gives her? Staying power. These modern cryptids come and go in a week, but if you want class, mystique, and that oh so subtle blend of terror and wonder, look no deeper than the depths of Loch Ness.

Roughly translated from Scottish Gaelic as "The Big Grey Man", this hulking grey weirdo haunts the peaks and passes of Ben Macdui in the Cairngorms, the second-highest mountain in the British Isles, after Ben Nevis. Manifesting as a humanoid, grey-haired, Bigfoot rip-off, this cryptid speaks to me on a personal level. Folk who encounter it on the hills report feelings of unease, exhaustion, and a desire to leave the area immediately. That's how I feel every time I go hillwalking, and I would very much appreciate having an excuse. By all accounts, the dude is bad vibes incarnate. No deaths or even injuries have been attributed to the grouchy fella, but he just bums people out. To me, a big hairy cryptid who lives in the mountains and chases away anyone who dares disturb his peace and quiet doesn't sound like a monster, it sounds like a retirement plan.

Old Alton Bridge, also known as Goatman's Bridge, is the home of The Goat Man. A half-man, half demonic goat entity that locals believe has laid claim to the bridge. The belief is based on the legend of a Black goat farmer named Oscar Washburn, who was said to have moved his family to a residence just north of the bridge. A few years later, Washburn, having become known as a dependable and honest businessman and dubbed the "Goatman" by locals, displayed a sign on Alton Bridge reading, "This way to the Goatman". But the success of a Black man was still unwelcome to many, and, in August 1938, Klansmen in the local government crossed the bridge and kidnapped Washburn from his family. You can guess what happened next. Locals warn that if you cross the bridge at night without headlights (as the Klansmen are said to have done), you will be met on the other side by the Goatman. Ghostly figures and strange lights are said to appear in the surrounding woods, as well as reports of visitors being touched, grabbed, and having rocks thrown at them. 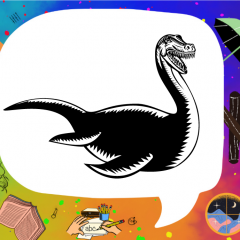 5 cryptids we hope are real