Some movies and music are made for the colder seasons, and I’ve got the perfect autumnal recommendations for you!

You can find the last set of recommendations here.

After convincing my mum to watch the entirety of this show, I really believe that it has nailed the autumn vibes. It’s ridiculously comforting, with its witty mother-daughter duo and small-town shenanigans. The story follows Rory, the bookworm daughter of rebellious single mother, Lorelai. In my mind, the story is simple, easy to follow and has come to represent the autumn, or the American ‘fall’. There’s also the slight nostalgia of the early 2000s and older pop-culture references. I love revisiting episodes, often putting my favourite episodes on while I tidy or cook: it’s the opposite of a high-intensity watch, which makes it perfect for times when you need to switch off your brain for a bit.

This movie is a classic cold-weather watch. Starring the beloved Robin Williams, a young Matt Damon and Ben Affleck, this movie has some incredible writing and acting. Written by Affleck and Damon themselves, the film follows a young janitor named Will Hunting, played by Damon. Will is a mathematical genius, but after a bit of trouble, he becomes a patient of a therapist to study advanced mathematics. Through his therapist (Robin Williams), Will learns about his relationships, past trauma, and future goals. It’s an emotional, warm and powerful film. The most powerful scenes occur between Will and his therapist: Williams and Damon’s father-son dynamic is heart-breaking and wholesome all at once. Below is one of my favourite scenes, highlighting Will’s cleverness and humour during a fight at a bar.

Jai Paul’s music, while underappreciated, has significantly influenced my taste in music. Not only is his music ground-breaking, but the release of the music is also one of contemporary music’s most interesting tales.

Jai Paul was brought up in Harrow, London. His 2007 demo version of his song ‘BTSTU’ became known in 2010 when music blogs discovered it on his MySpace page. The eerie high-pitched vocals, watery electronic composition and overall musical patchwork, created a genuinely unique masterpiece. This led to his discovery and a recording contract with XL Recordings. ‘BTSTU’ was officially released in 2011 and began making serious waves on underground and mainstream music. A month after release, Drake released a freestyle over the song ‘Dreams Money Can Buy,’ and Beyoncé sampled it on her album cut “End of Time” the next year. With expectations rising, Paul followed up with another equally interesting track, ‘Jasmine’. But disaster struck before Paul could release his new work. A collection of his songs was leaked onto Bandcamp by an illegal source and Jai Paul, seemingly upset by the premature release of his demos, disappeared from the music scene. Despite being leaked, the album received critical acclaim and changed the pop music scene with only a few finished tracks. Now, Paul and his brother run a music talent incubator called the Paul Institute. Jai Paul is yet to release another album. 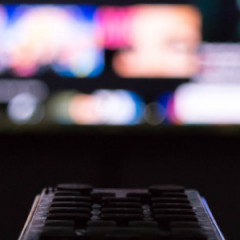 Some movies and music are made for the colder seasons, and I’ve got the perfect autumnal recommendations for you!