It has been a busy week for new music releases, here is a list of a few of our favourites. Let us know your opinions!

Guy Garvey and company have released a new single off their forthcoming record Flying Dream 1. Six Words seems a fairly reserved one from the beginning, with fluttering piano and subtle, swelling synth being the only backdrop for Garvey’s unique vocals. The piano slows down in tempo occasionally, subverting expectations and giving an extra bit of flavour to the track's simplicity. After two minutes of restriction, the band explodes into a more conventional song style once the bass and drums are added; the beat and bassline is simple, but all the more powerful after not being present for the song’s introductory half. The track is a chirpy and pleasant ballad, with great use of gang vocals and lyrics that are well written and leave a lasting impression; Garvey’s consistent refrain of “Look who loves me” is particularly potent.

An acoustic affair, Emma Ruth Rundle returns with a single off her upcoming record Engine of Hell, Blooms of Oblivion. Rundle channels her now notorious metallic style yet again, exploring the aspects of burden, addiction, and the feeling of overwhelming ineptitude when growing up. The track is a dark one, which is not uncommon for Rundle’s approach to songwriting. Although foreboding, it also emits a sense of nostalgia and innocence that lends itself well to the song’s acoustic nature. Instrumentally, the song is sparse, with only guitar and violin accompaniment, however the notes are accented throughout the track, and Rundle plays with timbre expertly to convey her gothic and ethereal sound.

Yet another impressive hip hop track from Aesop Rock comes in the form of Jazz Hands, a new single released this week, set to be featured on the artist’s new collaboration album with veteran producer Blockhead. The two are longtime collaborators, and have worked together since the 90s, however this will be their first record together. This first single is a showcase of Aesop Rock’s talent, as he rattles off bar after bar of quick, technical lyricism for a solid two minute stretch, implementing his usual humour mixed with deep introspective thought. The beat that Blockhead presents is not quite as jazzy as the track title implies, but is abundant with a minimal, cascading backdrop and spacey synth whilst Rock is rapping. When the lyrics stop, the beat finally adds drums, giving a classic boom-bap feel to the song’s outro.

After five years of silence, the first song off Band of Horses' latest studio album, Things Are Great has finally been released, titled Crutch. In the track, the band delves into the sense of need and dependence. In it, vocalist Ben Bridwell playfully warps the phrasing of ‘I have a crush on you’ by swapping crush for crutch, in an attempt to explore how relationships sometimes feel like a reliance. The track feels upbeat and happy, and follows the usual formula that Band of Horses tend to write with. Usually, the band takes on a more emotional and heavy tone lyrically and instrumentally, but this surprisingly chipper track is sure to make anyone feel pleasant, and is a welcome departure from the norm. Bridwell’s high pitched vocal is just as unique as ever, and lends itself just as well to Crutch’s slight change in sound. The track is a strong one, and is a welcome teaser into the band’s new record, which looks to be a rekindling for the group.

Serpentwithfeet is known as an unconventional and genre-bending vocalist, lauded for his embrace of the avant garde and weird. His newly released single, Down Nuh River, carries the artist’s style on further, as he reminisces about his childhood experiences in a way that is dissonant and idiosyncratic. The musician layers up his voice; it comes in waves over a high level of production, showcasing eccentric guitar chording and implementing soundscape like elements, such as water droplet samples and warping, panning effects on the reverb laden vocal. The song is to be featured on the singer’s next EP, titled Deacon’s Grove, a follow up to his last album, Deacon, and is sure to be just as artistic and quirky as his last effort.

All tracks featured this week have been added to our new music playlist, compiling all the most interesting tracks from the past few months, it can be found here: 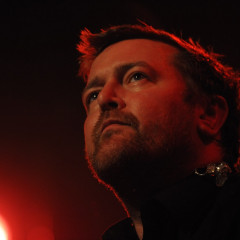 It has been a busy week for new music releases, here is a list of a few of our favourites. Let us know your opinions!